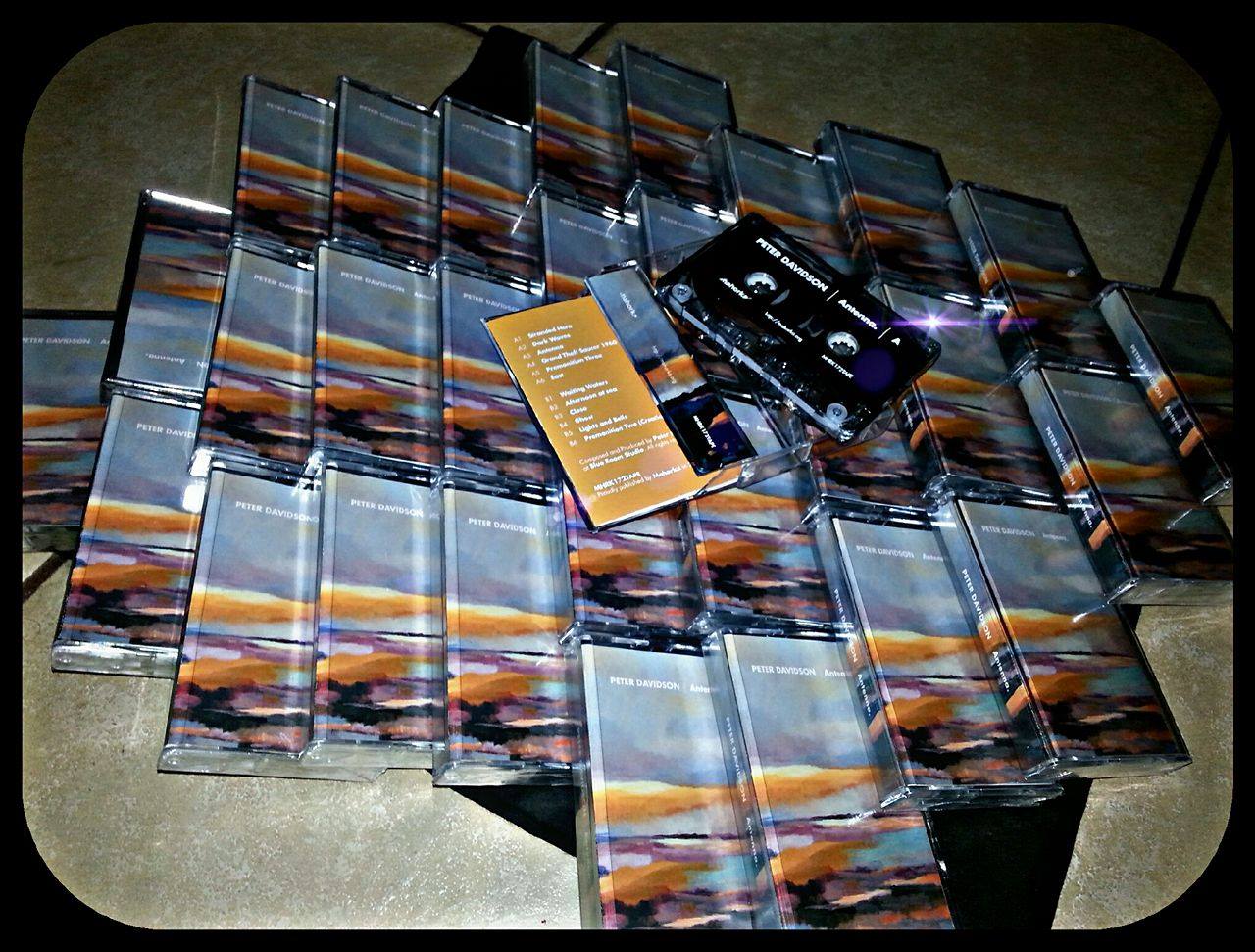 Peter Davidson's debut album on Mahorka, "Antenna", released as free digital download and limited edition cassette, can be thought of a trip through what the artist has been up to with his solo music - some revisited beatiful compositions that might have or might have not appeared elsewhere and some glimpses of where he is headed, currently, through tracks, exclusively recorded for this special release that slowly evolved and took shape for period of more than year and a half. ...Quantum field highlights and the effects of using them, experiencing new ones...

"While working on Antenna, I went through the wires - meaning my catalogue of tracks, sounds and soundscapes. Some few were previously considered or even slightly released on compilations of my own, yet not very discovered or heard, by many, so I felt they deserved a second shot. For the most tracks, I wanted to catch an immediate presentation, as in a band - situation where things happen a little bit out of deliberate or control. This is rare these days, at least with electronic music, as most is programmed and adjusted into steady perfection and the blocks of lego lead the composer and listener into a grid a bit too firm and predictable. To explain it simply, I went into live-sessions. With a few synths, Theremini, hand drums, fretless bass. And I only did overdubs if necessary. I also chose sounds on random, letting numbers decide, if it sounded good I went with it. All was recorded into a digital eight track. Most tracks depict the solitude of west coast Sweden where I reside, and carry a simple drone as a base, and then fly off on a few melodies and chords. I hope you enjoy Antenna."